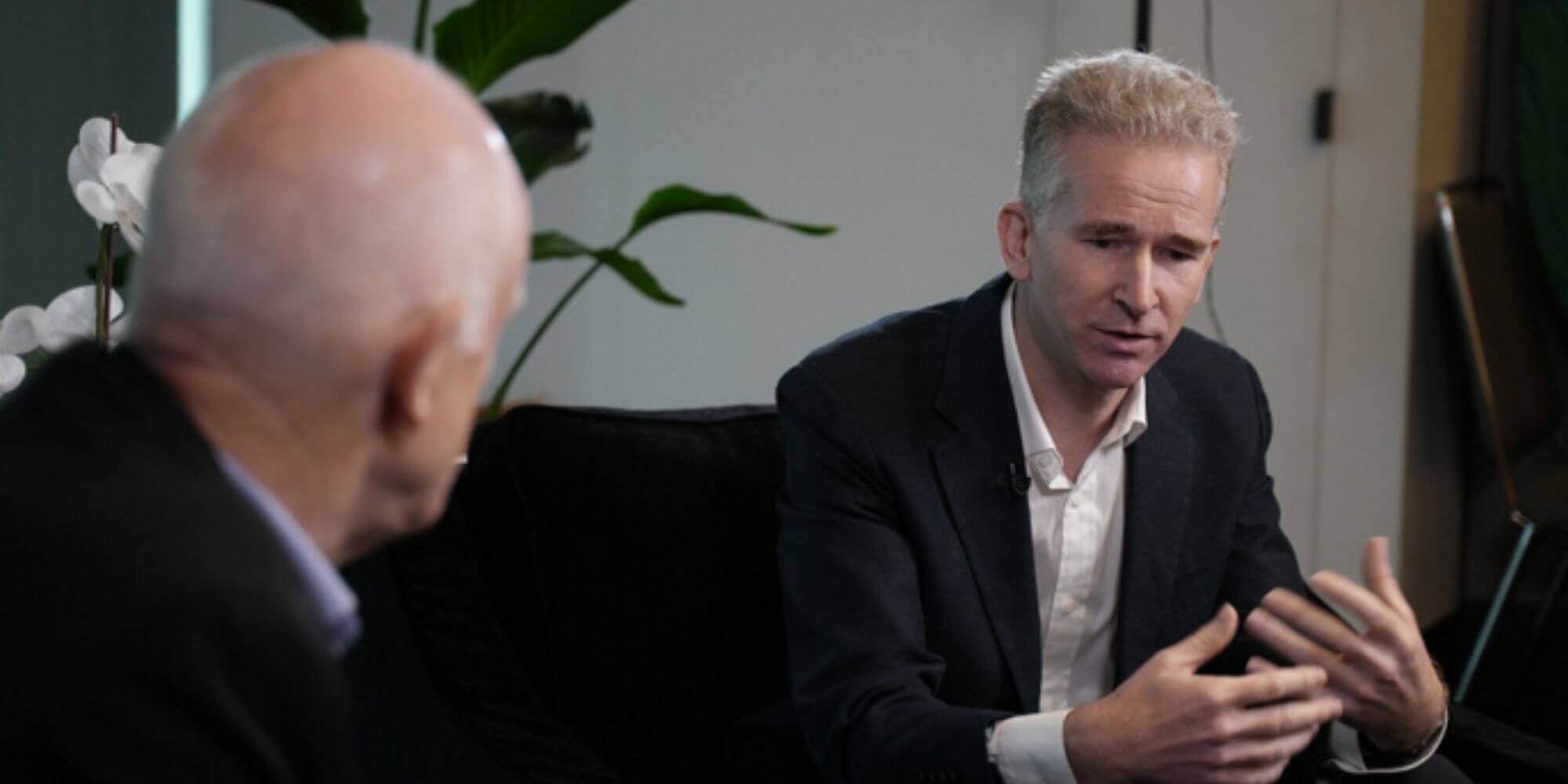 Why Organisations Must Move to the Cloud for Infrastructure Flexibility 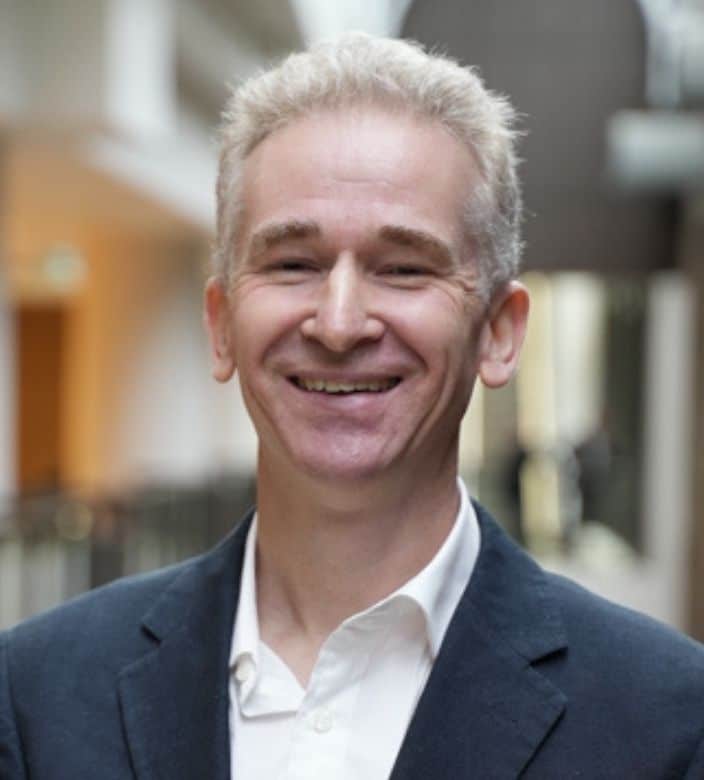 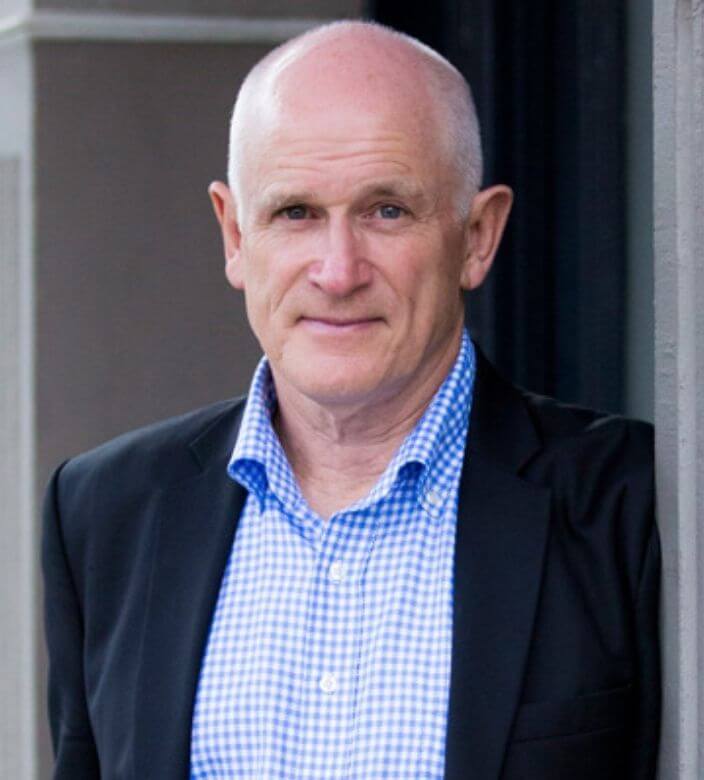 He sat down with ADAPT’s Senior Analyst, Peter Hind, to discuss how Vocus Group has been delivering connectivity through fibre in metro and regional Australia and is expanding internationally.

In 2020, Vocus Group has supported data centre backend connectivity to cloud, macrofibre for hyperscale organisations, and security and HR solutions through SD-WAN.

Tom urges organisations to shift capital investment from data centres to cloud for greater security, flexibility, and enablement of innovation. He shares how edge computing will provide greater uptime and support cloud consumption.

Tom, welcome. Can you tell me a bit more about the Vocus Group and your role within the company?

Vocus Group primarily is a fibre company. It’s a company that I’ve been working in for about two years now, and it’s been going through a really exciting change.

Firstly, Vocus has quite a substantial amount of fibre assets around Australia. This is within Metro areas and between the capitals of Australia and internationally.”

We also offer other services above that. Network style services, packet services, extra value-added services around like SD-WAN, security, those kinds of things as well.

Tom, 2020 was a tumultuous year for many people, but in some ways, it was a coming of age of IT because we proved our credentials to the business and kept them running.

In terms of Vocus as an organisation, what opportunities did 2020 present for you? How did your go-to-market model change? 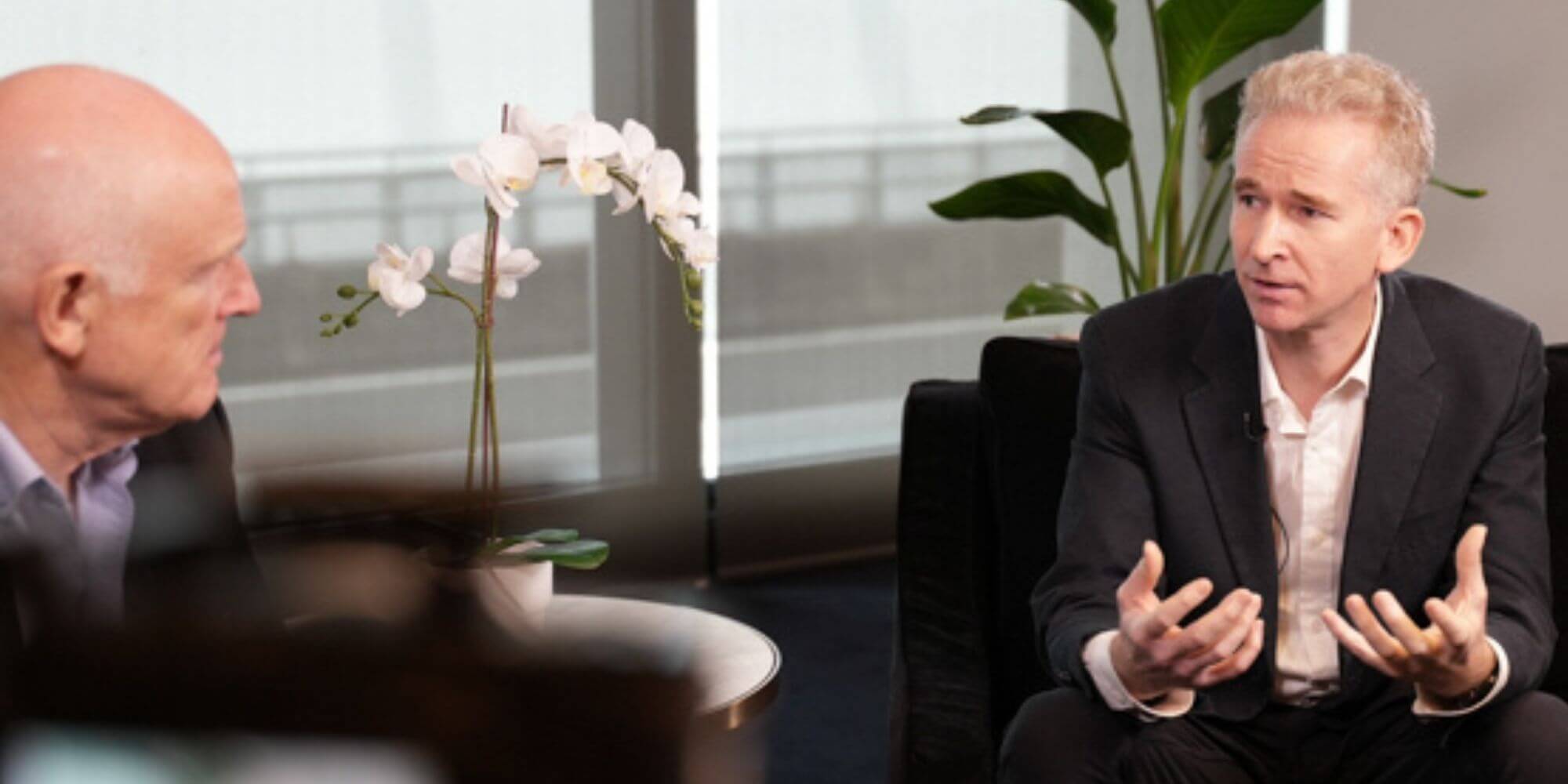 It‘s a really interesting year for Vocus. Just to create a pitch of where I sit within this or I didn’t answer it earlier was that I work in strategy and delivery of architecture. When all of a sudden, personally, my family was working at home, we had some challenges and some interesting dynamics.

For example, I was the lucky one. I had an SD-WAN capability at home. I had open connectivity to cloud solutions that didn’t affect our organisation that much. We were able to adapt fairly quickly. My wife was cursing three metres away from me. She can get onto her VPN. When she did, the services behind that were congested. My kids moved to Zoom, and they were doing school through Zoom.

But from a Vocus perspective, Vocus had to adapt probably more for its customers. So internally, yes, we had to adapt, but it didn’t impact the running of the business. It probably helped us a lot more because we just continued a bit more business as usual. But the customers were struggling. They had those issues my wife was experiencing.

For example, all those data centres and having their backend connectivity to the cloud. That more connectivity coming from more points of edge through the internet and creating all those new challenges.”

The schools were taking on new technologies they’ve never done before. Those unified comms solutions. All these connect to opportunities for Vocus.

But I think the thing that stood out was that Vocus was very adaptable, I would say, in delivering fibre the macro fibre for the customers that needed it- those big hyper-scale companies.

But on the other side of it, we were able to adapt as well for the security and HR solutions with SD-WAN, so it was a great opportunity. There’s a bit of an elastic there because we’re coming back to a bit of normality, but you can see that that also will go, and it’s really exciting.

People are saying that we’re probably not going to complete remote working, but we will embrace a much more hybrid working model. I see you nodding your head at that agreement.

But the only way we can do that is if we have applications in the cloud, they’re accessed directly.

One of the biggest challenges of moving workloads to the cloud is architectural challenges. It’s not a lift and shift-type approach.

What are your thoughts for people about how we can address some of these architectural challenges?

The industries are all going on the same journey, including telecommunications.

Having centralised data centres is probably the biggest barrier because there’s a capital investment within that.”

I mean that in the way of the potential risk of just growth. It’s just not viable for the continuous increase of the macro capacity of those data centres. 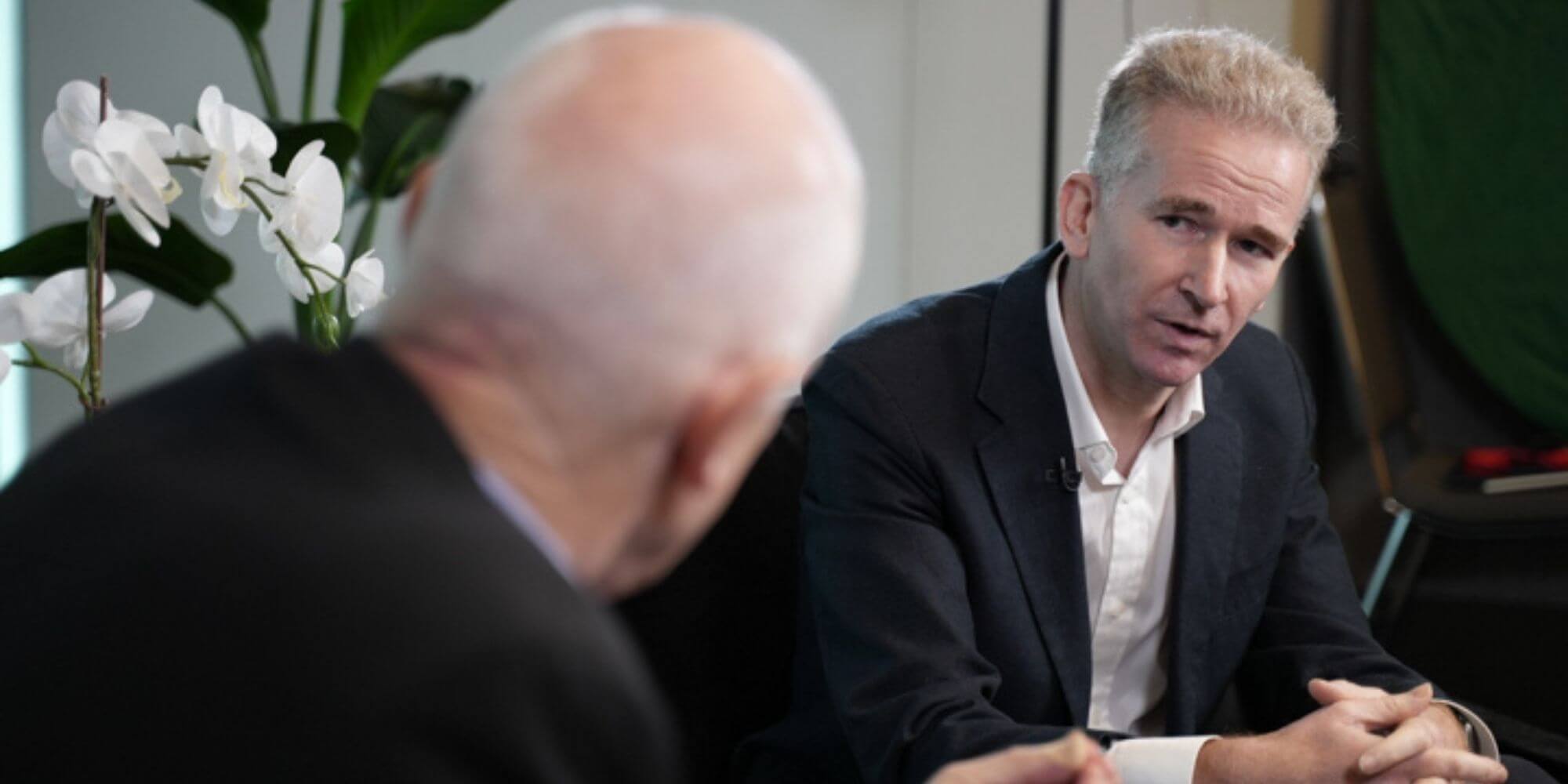 You’ve got to start to move forward commercially to the cloud just because of that direction.”

What I hear there is the idea of you‘ve got to get your foundations right. You‘ve got to get an understanding of where you want to evolve to. Then you can strategise how to make those moves towards it.

But we’ve also seen though it talks about opening people’s minds to potential possibilities. What we saw during COVID is very fast decision-making, a collaboration between different business units, acceptance of new ideas and ways of working.

Do you see that as the future? Are we at risk of falling back to the old ways of working?

I don’t think we can fall back to the old ways of working, and I’m a bit biased there. I’m very excited about the future of just how compute will be distributed and closer to the customer.

You could class it as a bit of a debate around the value, but ultimately those responsive to the critical applications of the future, but having that in a way that you’re investing your capital in innovation on it, not the infrastructure of it.”

For example, mining, where they want to potentially go to and how they would want to innovate with IoT and agriculture and all those kinds of examples. That innovation is in the software and the data and connectivity coupled with where the compute and the cloud services have to come together in an inflection point.

I feel strongly that as there’s more momentum off the need to direct your capital into that level of innovation, those other services need to be there and seamlessly accessible. Do you know what I mean? So, I’m very biased.

But what I hear you say for those ideas to bear fruit if we use Agtech, as an example, upon on that. You have to have the foundations in place in terms of the fibre, the networks, and things like that.

You’ve got to work hand in glove with those innovators to say this is how your idea will go out. 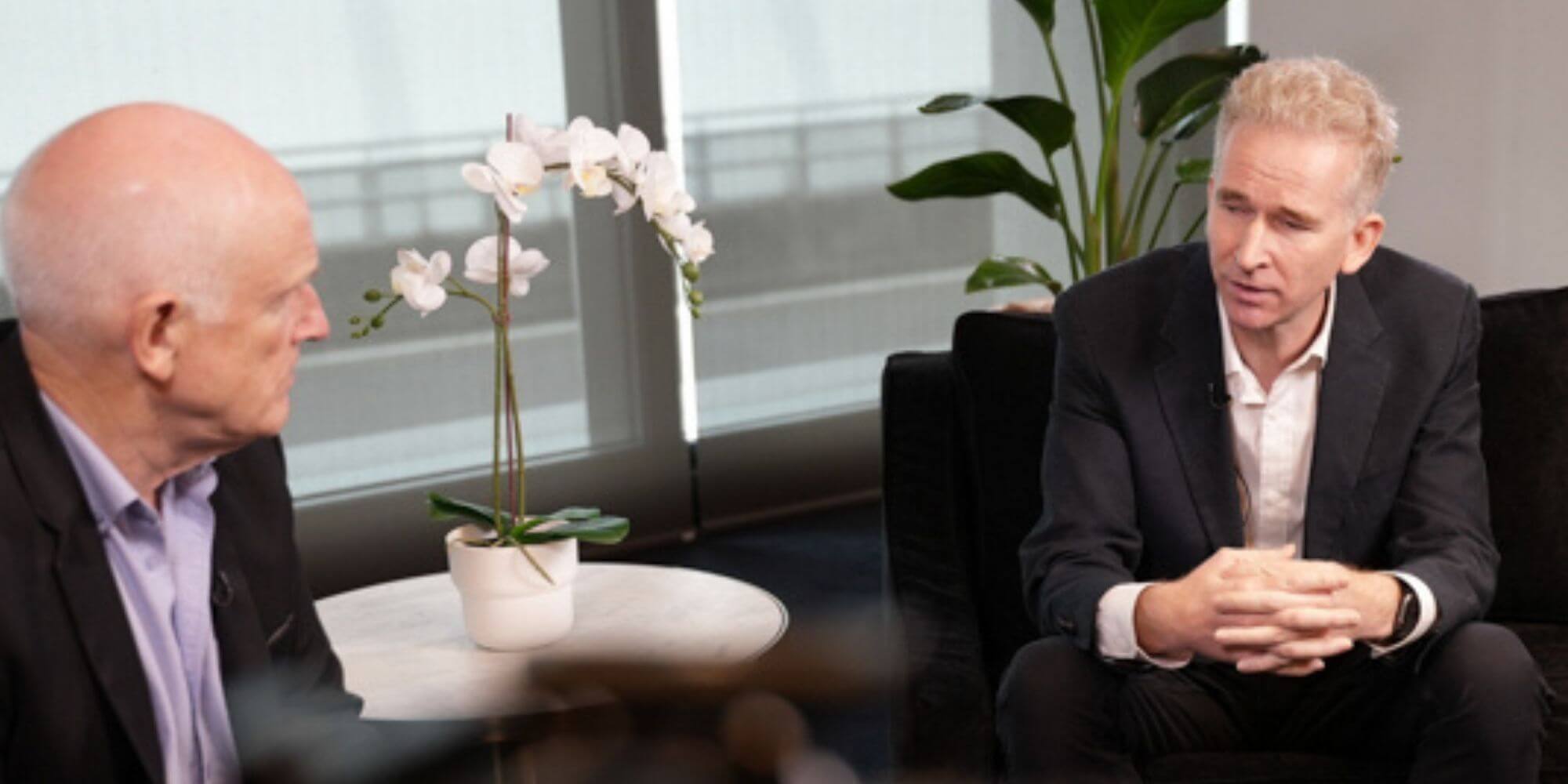 It’s going to be interesting because telcos are standards-driven. That’s a success criterion, but it can slow things down, but ultimately it creates more agility for the customer.

When is that going to happen? We are investing in just the first stage of coverage regional data centres. Edge is your local data centre in the Metro areas.”

That provides significant improvements in latency and opportunity there alone. I think once industries start to get a taste of that, there‘ll be natural growth.

They will also unleash innovation and ideas as people will see the possibility.