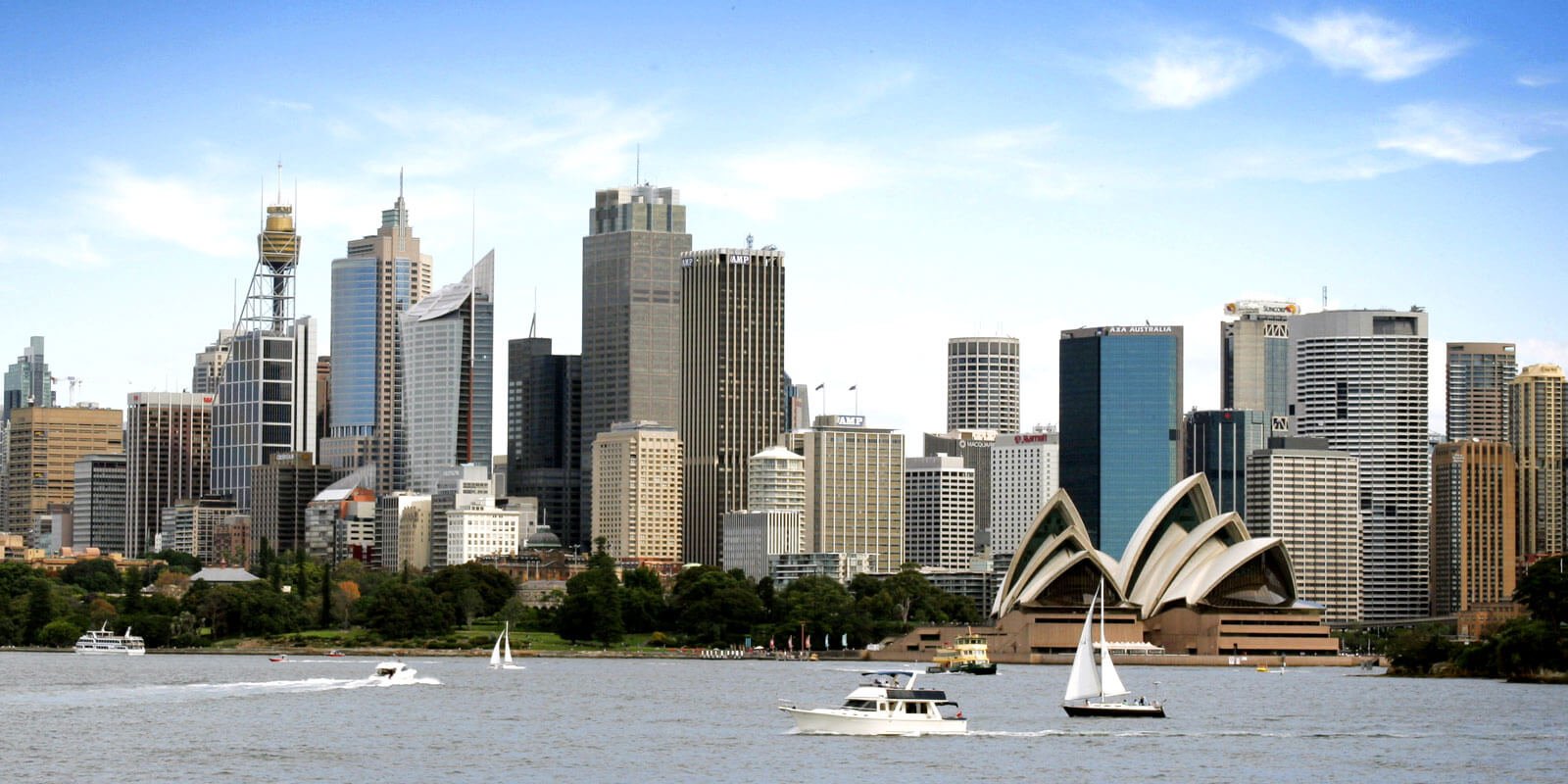 Weekly Research Thought – Australia’s glass is more than half full

It’s time Australian IT leaders brought some positivity back into the doom and gloom being bandied about across the Australian political and economic divide.

Every country needs a balance of half glass full and half glass empty influences. Australia is no exception. When the balance shifts too far in one direction the results can be disastrous.

What you need to do

Federal elections bring out the best and the worst of Australia’s political and business culture. There are many positives, but it is much easier for the media, politicians, pundits and citizens to latch onto the negatives.

We at ADAPT want to ensure Australian organisations and IT leaders take a balanced view of what is happening nationally. Sure, we have some problems, but Australia has a lot going for it. We need the full picture to ensure we have the right mindsets and approaches to make prudent investment decisions – in technology and all other areas of the economy.

A recent article in the Nikkei Asian Review titled ‘Australia’s irrelevant election – Short-sighted policies have left economy at the mercy of external events’ is a good example of glass half empty thinking. Read it, and you would think the country, the economy and our political system is fundamentally broken.

This quite simply is not the case.

Australia is in its 28th year of uninterrupted economic growth. We have not experienced a recession since 1992. We avoided the global financial crisis through clever political and financial management. This is no reason to be complacent, but it does put things into perspective, particularly when we are compared to the rest of the world. During this time Australia has grown faster than any advanced economy.

As reliance on one area or other of the economy has become challenging, Australia has demonstrated time and time again we can make the changes needed to succeed in new areas.

Agriculture, mining and housing have always been cyclical parts of the economy. They have driven marginalised investment with each peak and trough, bubble and burst. We are right to be concerned as each boom cycle comes to a slowing or grinding halt. But Australia’s economy is very diverse.

The biggest shift we have seen in modern times is to swing the balance much further towards the economy becoming more heavily services driven and dependant.

Recent figures from the Australian government show services accounting for close to 70% of our GDP and totalling over 20% of all Australian exports.

According to the Austrade Why Australia 2019 Benchmark report published last month, Australia -with just 0.3 percent of the world’s population is the 14th largest global economy and the fifth largest economy in the Asia Pacific region.

IT and telecom related services have consistently led the pack in their contributions to the services component of the Australian economy. Financial services is also a major contributor and a major export earner. So is education. Australia’s economy has continued to evolve, from agriculture to manufacturing to services, which now constitute the largest share of the economy.

Now is not the time for doom and gloom. It is certainly not the time to retreat from investing in the digitally driven IT initiatives and strategies that continue to transform our organisations and our workforces – and indeed the whole country.

We must not let despondency drive inactivity. Australia remains the envy of many of our traditional and non-traditional trading partners. With that comes continued and unbridled opportunity. 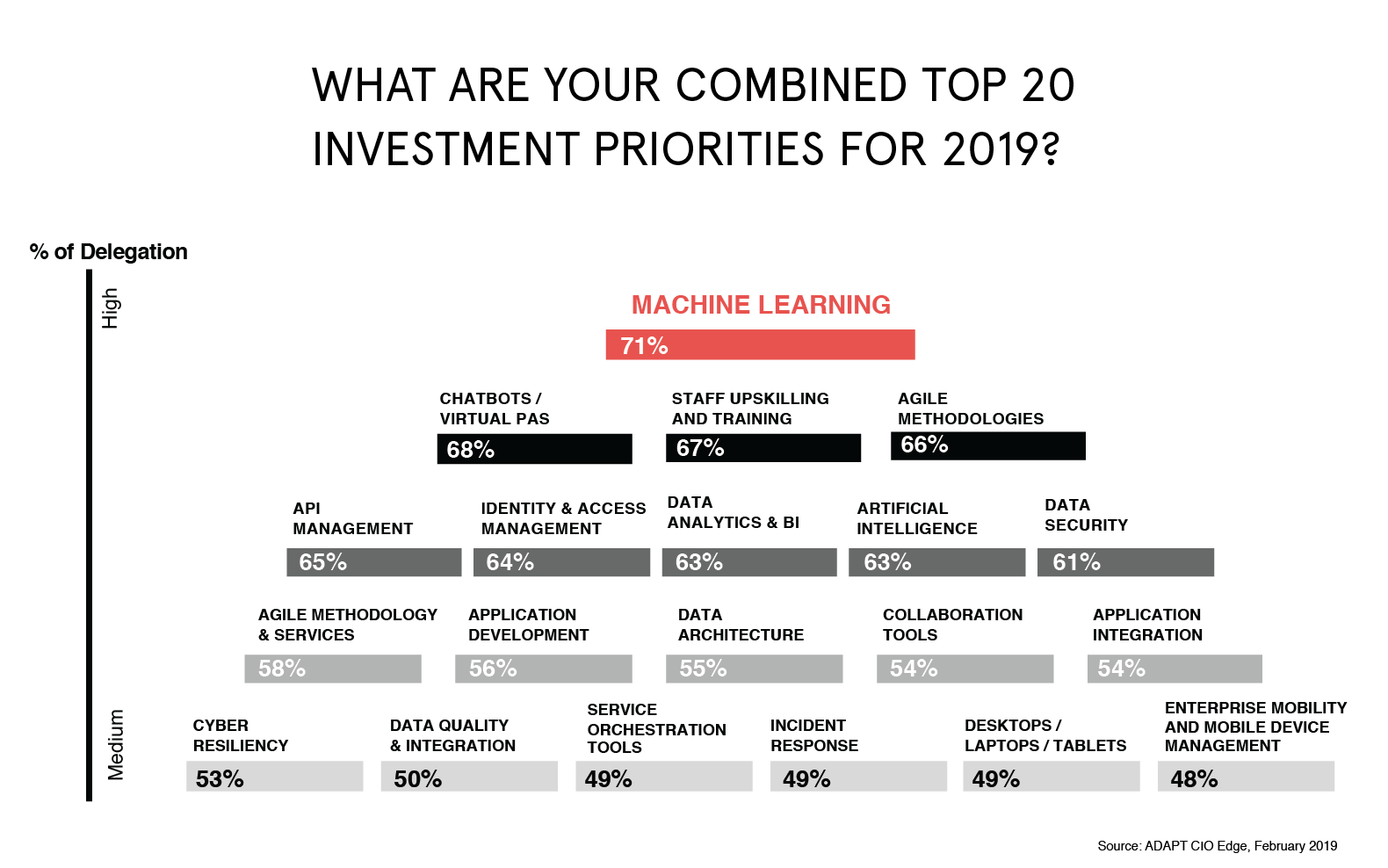 As shown in the chart, Australian CIOs and IT leaders have a passion for investing in technologies that can drive the greatest impact. Many of these technologies will help organisations execute their organisational transformation.

At the same time, these technologies and the IT leaders implementing them will continue to drive the importance and impact of IT and telecom related services contribution to Australia’s GDP.

Transform Weekly Research Thought – Local first, global second Data Australia will be ASEAN’s Infrastructure Developer – An Interview with John Duffin Customer Catherine Thompson on making change happen quickly. And don’t call it change management!
Do NOT follow this link or you will be banned from the site!
Just a heads up that we’re using cookies so you can have a sweeter experience on our website. Carry on as you were, we’ll assume you don’t mind!AcceptRead more