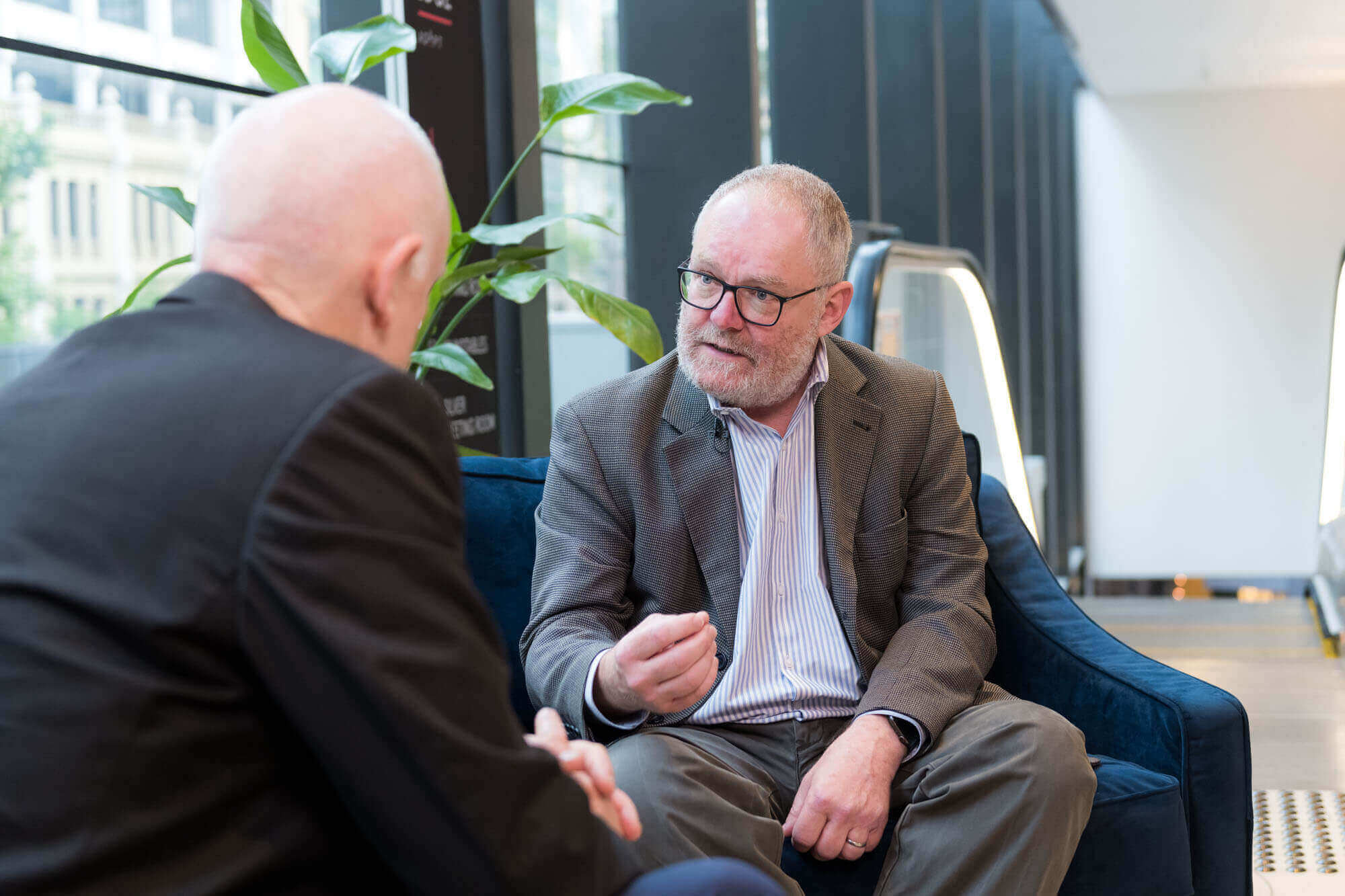 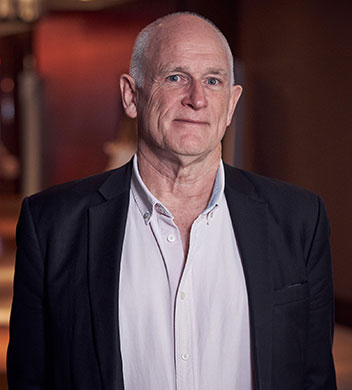 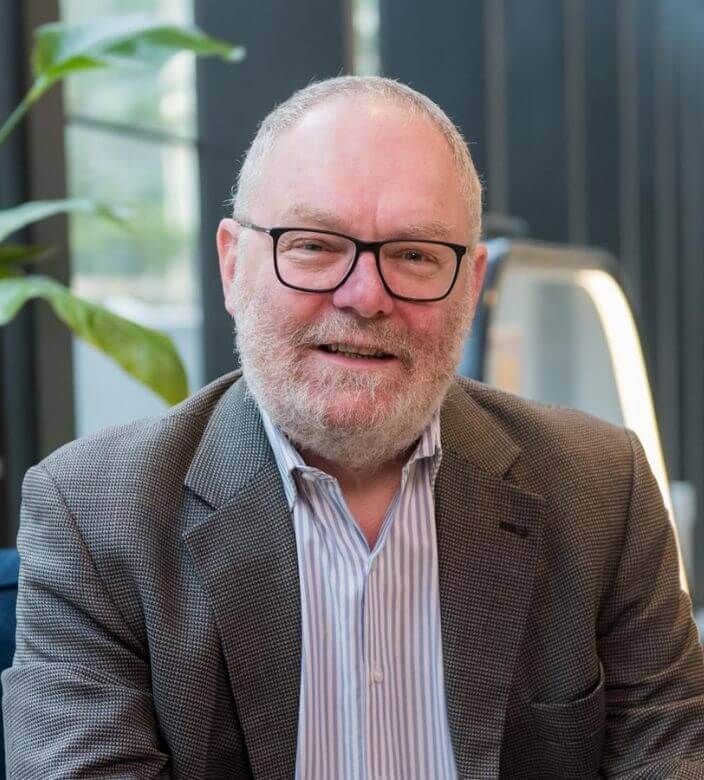 NSW Department of Customer Service’s Executive Director Simon Geraghty shares his practical advice on avoiding burnout and ways leaders can support employee wellbeing. One of the greatest learnings of his leadership during COVID-19 was how requiring that employee delivered on specific outcomes on their own times freed them to spend more time with family.

The pandemic proved our increased reliance on government to assist through new stressors outside of our control. Speaking to ADAPT’s Senior Analyst Peter Hind, Simon speaks about avoiding burnout in a world of increased online demand, the responsibility of leaders to ensure wellbeing, and why staff are opting to continue working from home.

Simon, the world has changed since we last met eight months ago. You work in customer service for the New South Wales government. Can you tell us a little more about that job, the role, what’s involved in it?

Over the last eight months, during the long term, there’s been increasing reliance on governments to get us through the sort of stresses and strains of the world we live in.

Could you tell me how your workload changed because of COVID?

Interestingly, the workload ramped up, and across the department in particular with Service NSW, the workload has really escalated. To give you an example, when the Premier announced the border closures with Victoria, I think she did that on a Thursday or Friday, and they were due to come into place on Monday.

Service NSW and Spatial Services who do all the geographic stuff in New South Wales Government had a weekend to stand up a portal so that people in the border communities could apply to transfer back and forth across the border or Albury Wodonga, all those sorts of examples.

Well, I imagine frightening, really, because all the press profile is going to be on, if this doesn’t work, if there’s a problem with that system, it’s going to come back to you to try and fix it. Absolutely.

Well, me and a bunch of others to fix it. It’s not just me. Service NSW has really been at the forefront of how the government has responded to the citizens, both in terms of border closures, but also grants following the bushfires and all of those sorts of things.

But I think that the border closure came in early July, three or four months into the lockdown and people are sort of harassed and harangued and stressed. And now you’re saying you’ve got to give up a weekend and actually work nonstop and getting this going.

How did you avoid burnout among your team in such a sort of demand? 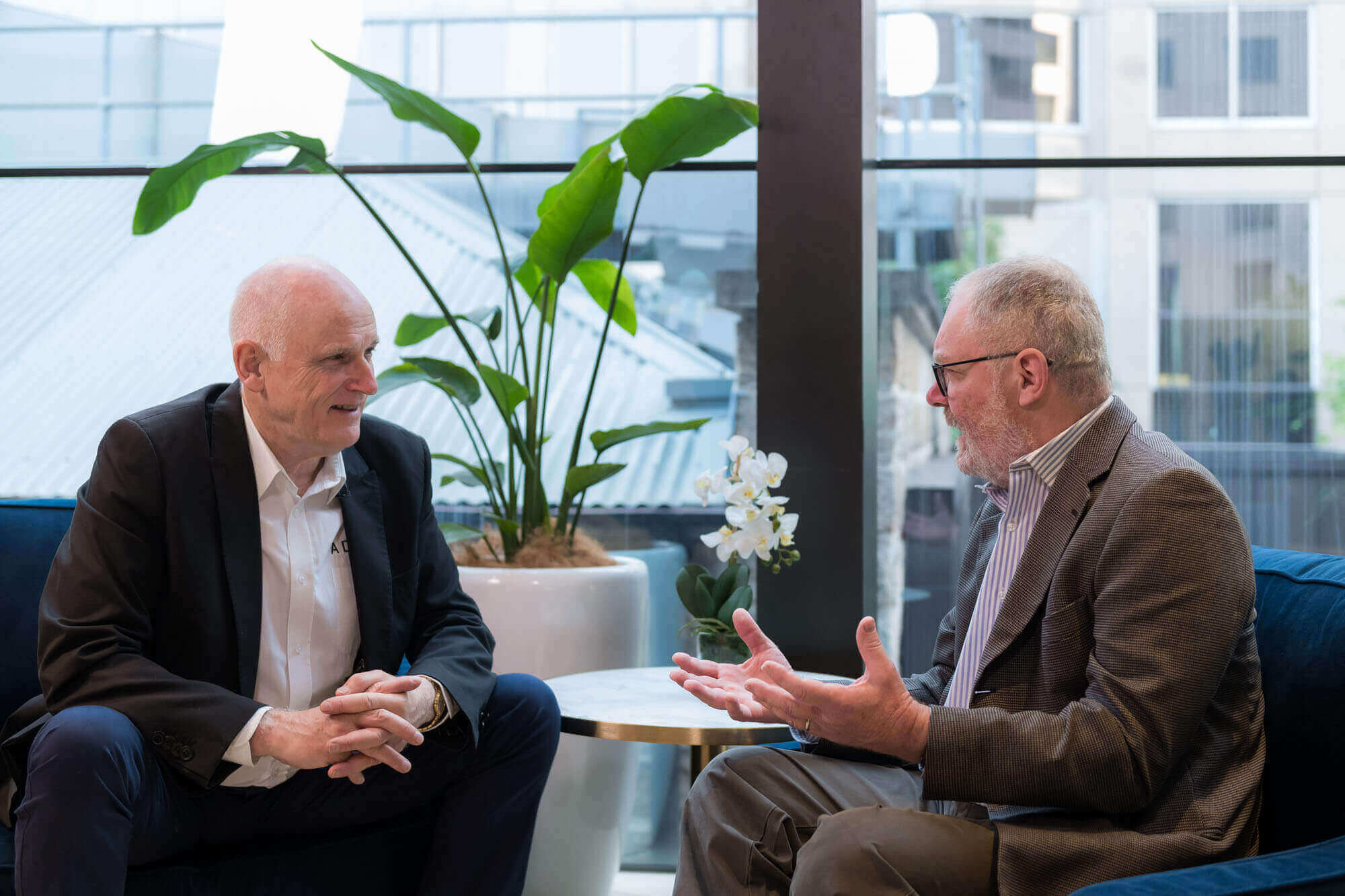 And it’s true to say that we’ve had to very carefully manage the teams to make sure that they’re not burning out as individuals or as teams, but also to run mental health programs within the department to make sure that people’s mental health, working from home, sometimes in isolation because they live alone, are catered for, and they’ve got an opportunity to access various resources, both, on the Intranet and also employee assistance programs.

Simon, where does the responsibility for those sort of mental wellbeing- Is this an HR issue, or is this something it needs to do?

No, it’s not an HR issue. It comes down to individual managers and of course, the whole executive from the secretary down and even the Premier down.

And so, for example, what I’ve done in my team is I run a quarantining every Friday afternoon at three o’clock. “

Now, this is a virtual meeting. We have 90 or 100 people in the virtual meeting. I give an update around, you know, the COVID status in the department where we’re up to around planning for returning to work, what the arrangements might be. And then we share stories, share our successes of a week. We do award ceremonies virtually now.

I say, OK, now, everyone down tools—no working on the weekend. Spend time with your families. Get out if you can. Yeah, right. And see you back bright and early on Monday.

But one thing you spoke to me about before was the importance of the KPIs that people have in terms of service delivery and standards.

Those sorts of things are equally valid, even when people are working remotely because they give people clarity.

Could you explain that?

We’ve kind of focused on outcomes, right. And make sure that everyone understands what the outcome is that they’re required to deliver.

And so, if they want to work flexibly, work during the evening instead of the day, because they’re picking up kids from school and that sort of stuff, quite happy with them doing that because we’re focused on delivering the outcomes for our customers.

Ok, now one of the things that people are talking about is the new normal. And we’re not going back to the old ways of doing things.

What do you see as envisaged being the new normal?

Well, 5% of my workforce want to go back to the office.”

Why is that, because of the long commute?

Some people want to move to the country. One person has already done it.

The teams have just adapted, and productivity lifted as we’ve seen in many organisations. The quality of our delivery improved. We have less defects in our releases.

We can deliver faster because we’ve become more agile.

So, it’s interesting when we talk about what the new normal will be. People don’t like spending two hours a day on a commute. They’d rather use the time to work, frankly.

So, I think we’ll see a new normal of maybe two days, three days in the office, but not every week. 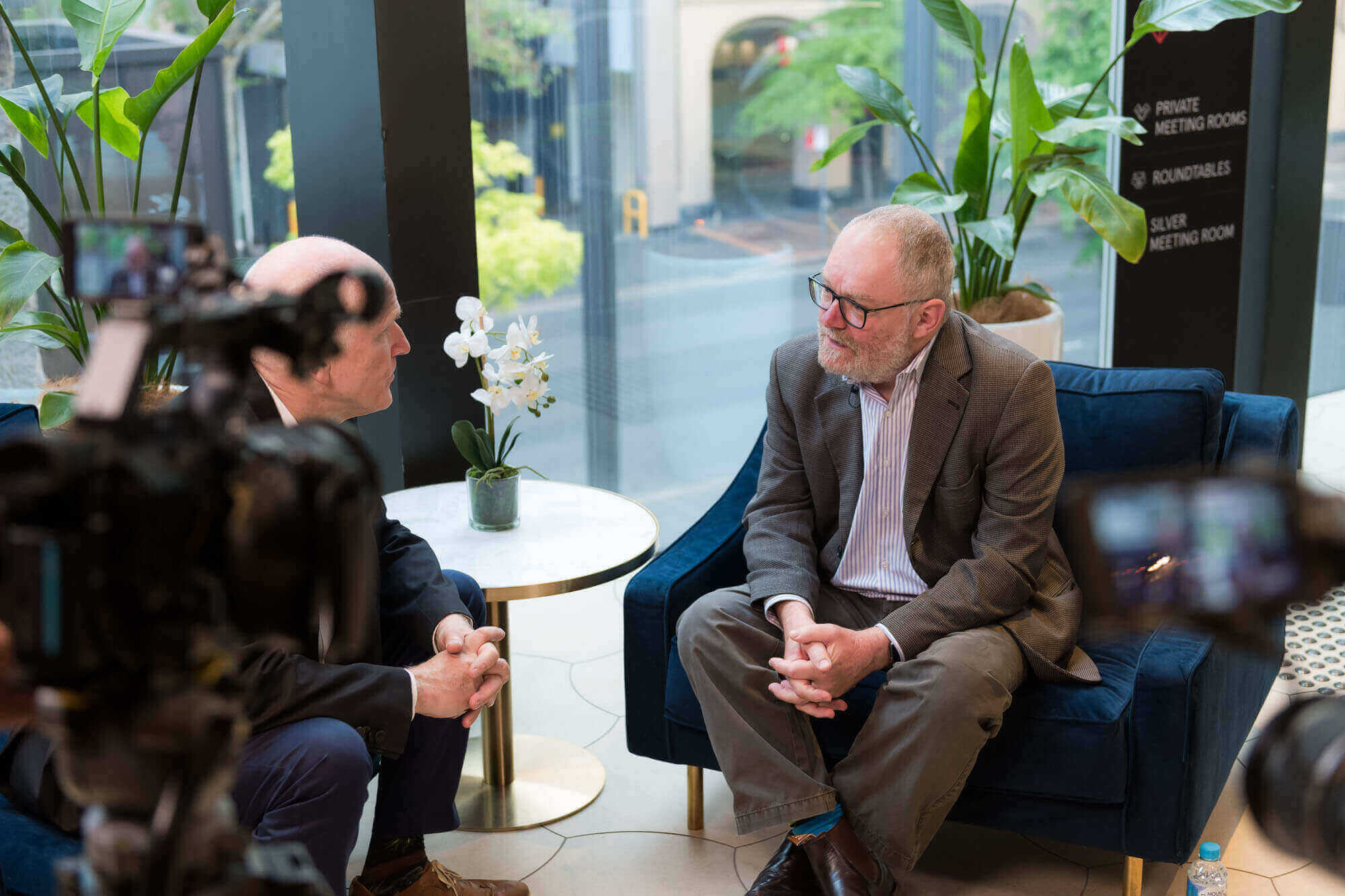 All right. I’m interesting you’re saying that productivity actually can go up in an environment. Is that because people aren’t focused on office politics, they’ve got a task to do and they just do the task?

Well, we’ve talked about this a lot. Is it because people aren’t wandering out and going across the road for a cup of coffee and losing time that way?

But I think what we’ve noticed is we’ve still got strong engagement over the last couple of months.

OK, but they talk about the value of water cooler conversations, that sort of ad hoc, impromptu dialogue that comes and you learn and get a lot out of that sort of stuff. Do you miss that in that?

I think, yes, people have said that they miss the face-to-face conversations and that sort of thing.

But what I’ve noticed is that they’re working differently.

I’m not really a phone person, but since this thing started, I have been on my phone constantly. So, it’s really been a profound change personally, but also for the teams in terms of the way they work.

Well, we all grow through those experiences.