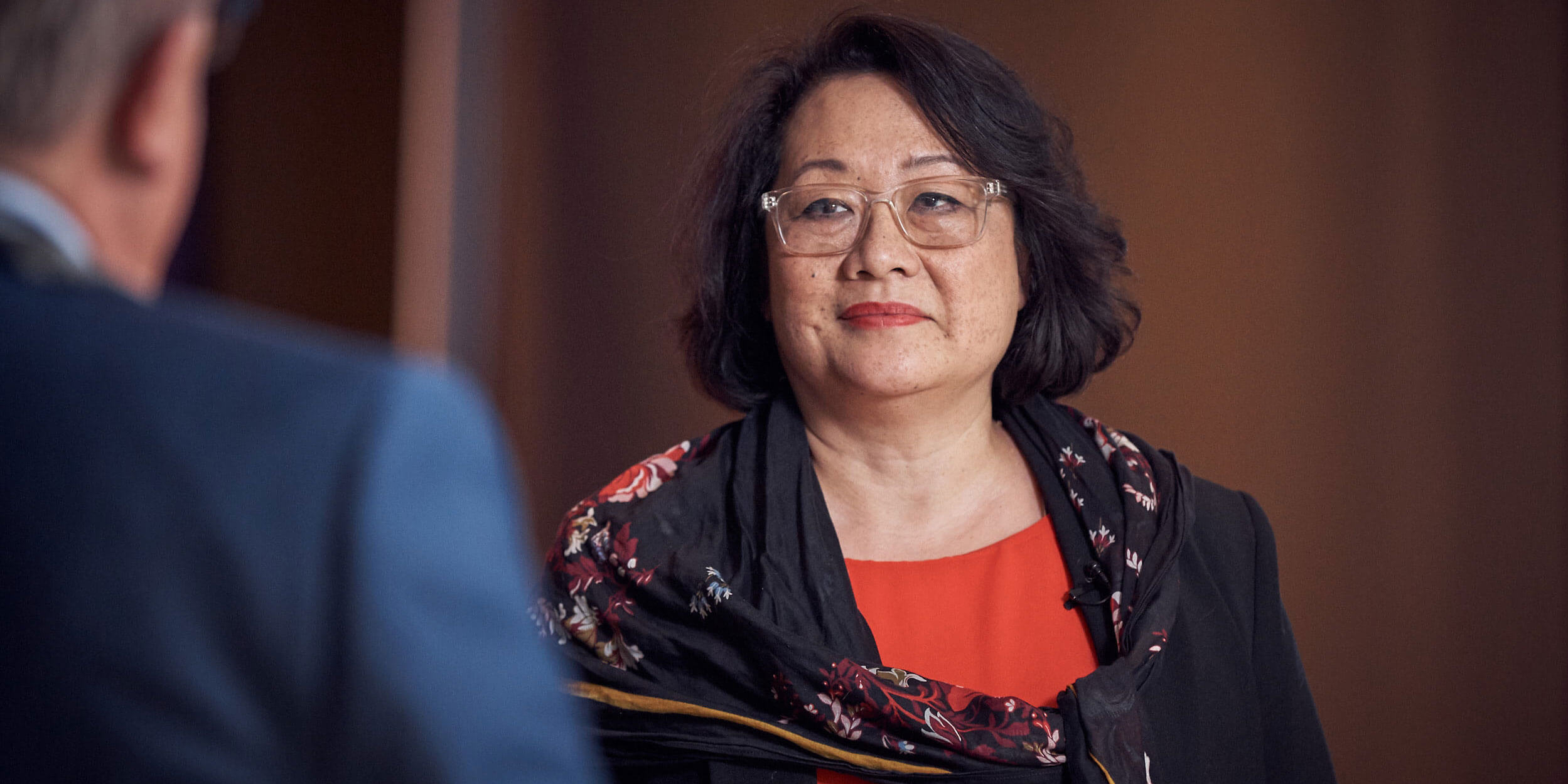 Minerva Tantoco on CIO collaboration, Innovation, Digital Transformation and Broadband as a commodity 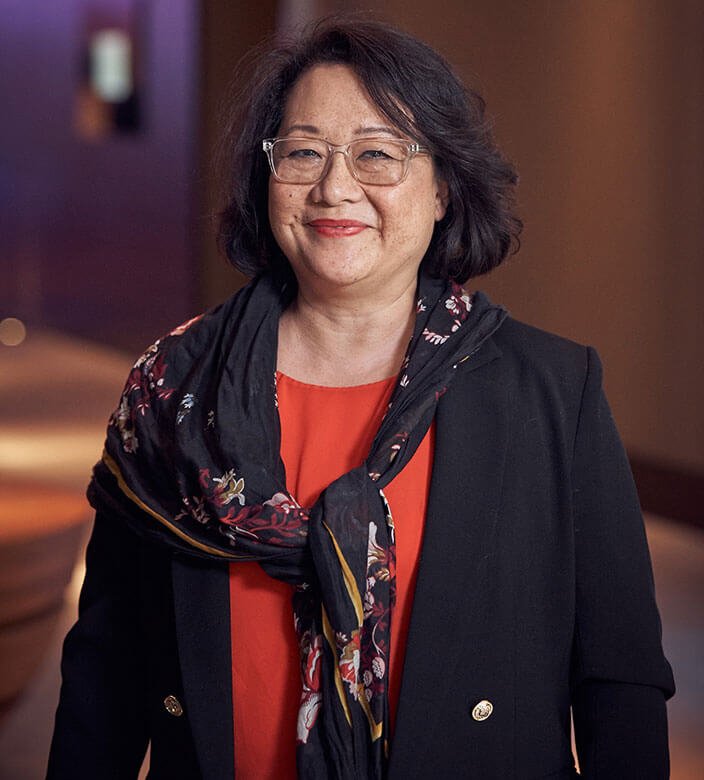 In the interview Matt and Minerva discuss the importance of C Level collaboration, taking risks in order to innovate, and Broadband as the new electricity.

Matt Boon: In your role as CTO of New York City, you managed 45 CIOs. Can you tell me a little bit about some of the steps you took to really get these CIOs, thinking not necessarily as one, but thinking about some of the common challenges and how they might overcome them together?

Minerva Tantoco: It was interesting because it was the first ever CTO role in the city of New York and so if you know New Yorkers at all, they were like, what the heck is your job, anyway?

Luckily for me, my main role was to promote a culture of innovation in city government. And usually government and innovation don’t go together as words.

So, I knew that I couldn’t from the ground up just instruct every one of the 45 CIOs what to do. Instead I took a much more thought leadership and cultural leadership approach, so we created a series of events. For example, we did a lightning round. I realized very soon that government is full of silos. And the CIOs never shared or had reason to share information, experience, what were they innovating, and in fact, solutions.

One agency might well be the solution for another agency. So, we created this series of lightning round like lightning talks, so I would invite six CIOs at a time to speak for 10 minutes about their latest and greatest innovation project and they would all in turn, over time, hear one another’s projects.

Matt Boon: So, given their unwillingness to share with one another before that, do you think there was some underlying reason or even cultural issue which you unearthed as you went through this which really drove that sort of behaviour?

But what’s critical is that in order to innovate, you must be willing to, if not fail, fail fast, fail small. I encouraged prototyping, proofs of concept. If you were going to try a concept, you could isolate and manage that iteration, so it didn’t impact a lot of people.

What they didn’t realize, which I hope I promoted, was the idea that, in fact, experimentation was a form of risk management. So instead of launching every street light in the city, and doing it all in one big bang, that you could experiment with one small neighbourhood at a time.

Thus, this concept of failing small gave folks permission to try new things and manage the risk of change. Only with experimentation and failure can things get invented; think about the Wright brothers and that first plane, it’s kind of just flopped over on its side. That of course was okay because they were two feet off the ground, there were no passengers in it, right?

And so, “you can’t let the perfect be the enemy of the good”, as the saying goes.

Matt Boon: Many times, when we’re encouraged to do something, we tend to think about, well, what’s in it for me if I go down this path? Were there ways that you really started to think about how you could make the CIOs think this was valuable to them?

Minerva Tantoco: Well, I helped to encourage better partnership between the CIOs and the commissioners, in terms of the business side of things they were tightly aligned.

If for example, we wanted to improve computer science education in the schools or provide freer Wi-Fi. These were oten driven by political goals. So, the benefits of which is, hey these guys are getting re-elected if they do something, and then how they were going to be helped by these key technology initiatives.

And kind of pointing them back to the benefits of the people of New York. So, we made sure that every technology initiative could demonstrate how they were going to make the lives of everyday New Yorkers better.

Matt Boon: Okay. Do you have some specific examples?

Minerva Tantoco: So great example would be how we helped make the bus time commutes faster, 20% faster in fact, by putting sensors in traffic lights so when it saw that there was a bus coming, it stayed green so you save pollution, it’s not idling, and actually your commute is faster because the buses aren’t stopping at red lights the whole way.

Matt Boon: Given some of your experiences as you went through these transformational changes at New York City, Minerva. Do you think there was some lessons that could be learned from what you did? Which in your observance of this country, Australia, that you think could be valuable here as well?

Minerva Tantoco: Sure, absolutely, I think that if you think about broadband as the new kind of utility like water or electricity, so you wouldn’t charge more for electricity. It’s something that everyone needs to survive.

We feel the same way about broadband. And so, the idea that you did not want to create a tech-haves and tech-have-nots was very important to the idea of creating a smart city that was also an equitable city. I think in Australia, you would have an issue if only wealthy people could afford super-fast broadband and high data.

Broadband has become so central to everyday life that it would be very important to figure out a way, just like you provide clean water and electricity, how could you provide lower cost or free broadband to all Australians? And what would be the most effective way of doing that?

Matt Boon: So really, we need to stop thinking about broadband as a service, or a luxury, but as the next big commodity.

Minerva Tantoco: Absolutely, we’ve observed that in other countries, you know. Singapore was very early on in stating we are going to be a digital city. And they invested a ton of money in their infrastructure. And the same with many other cities now all over the world.

I think in order to remain competitive on a global basis, you must have the infrastructure to do it. So, in the same way that once, a long time ago, you had to make sure we had roads and bridges, now you must make sure you have broadband.

Matt Boon: What sort of advice would you give CIOs when they’re trying to essentially manage upwards as well as downwards as they consider their digital transformation journey and strategy?

Minerva Tantoco: I think that if you underestimate how much your business is going to be disrupted by digital transformation, you’re pretty much doomed to be disrupted.

What I think is really encouraging is that a lot of corporate boards are now understanding this if only for cybersecurity reasons that they need a technical person on the board.

I’m on a lot of these searches to help, “traditional companies” find someone who can sit on their board who’s well-versed enough in understanding what digital means. These are the companies that will succeed and then survive to the next generation because it’s changing and there’s no avoiding it this time.

Matt Boon: Minerva, thank you for talking with me today.

Minerva Tantoco: Thank you very much.